Creating a movement that has lasted a century, The Bauhaus is the most famous school of design, art and architecture in history. 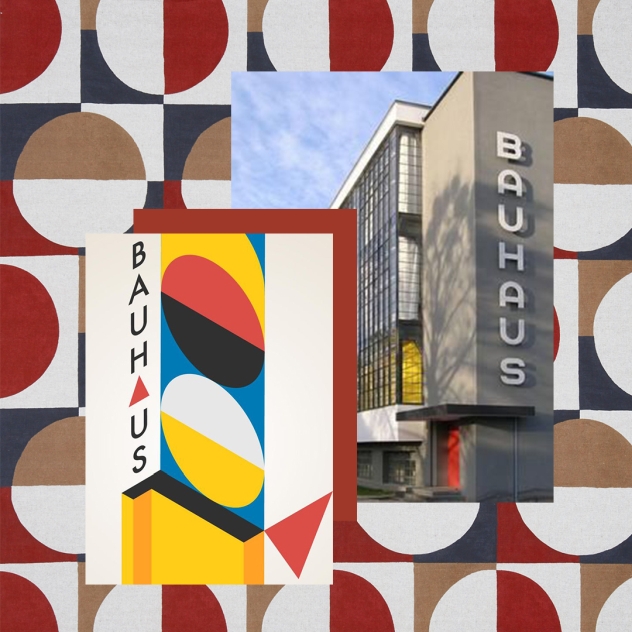 Although the school only existed for 14 years (1919-1933), designers have been influenced by the hallmarks of Bauhaus for decades; incorporating bold colour, geometric pattern and industrial elements into their work.

In celebration of 100 years of Bauhaus, our new Abstract collection draws inspiration from the movement, moving away from its iconic primary colours and into more sophisticated colour palettes. 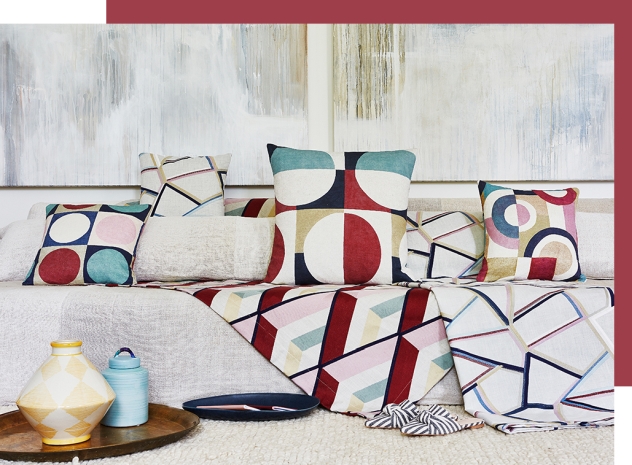 How has the Bauhaus movement evolved? Discover the history of Bauhaus and its lasting influence on design.

Bauhaus through the decades

The Bauhaus first opened its doors to students in 1919, bringing together the study of fine art and architecture for the first time. They began teaching workshops on metalworking, cabinetmaking, weaving and wall painting and adopted the saying ‘Art into Industry’ in 1923.

It wasn’t long until the founder of The Bauhaus, Walter Gropius, moved the school into the purpose-built Bauhaus Dessau. Designed by Gropius himself, the school was influenced by the movement he’d created, featuring bold primary colours and angular architecture. 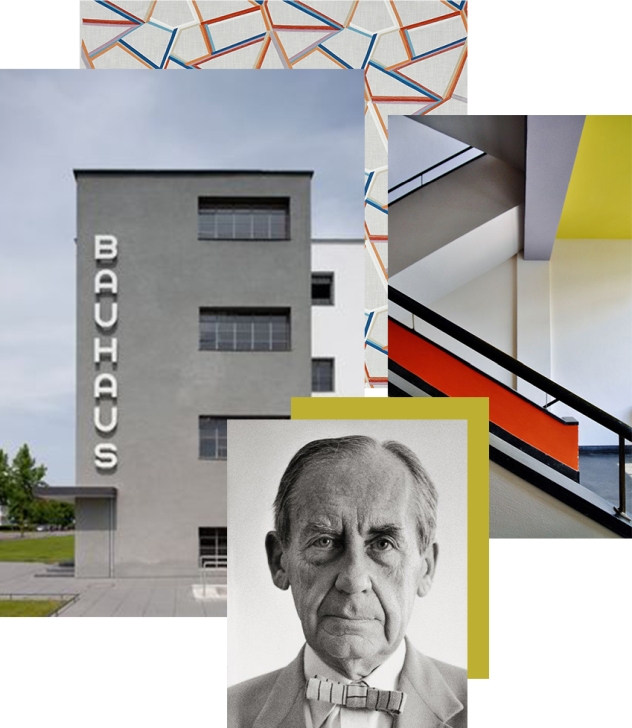 Due to the political climate and the Nazi regime in Germany in the 1930s, The Bauhaus was forced to close in 1933. As the war progressed, former students and masters fled Germany and emigrated around the world, where the legacy of Bauhaus was continued globally.

Gunta Stölzl, the school’s only female master, emigrated to Switzerland to continue her work. She taught The Bauhaus’s weaving class and created abstract textiles that are still inspiring designers today. 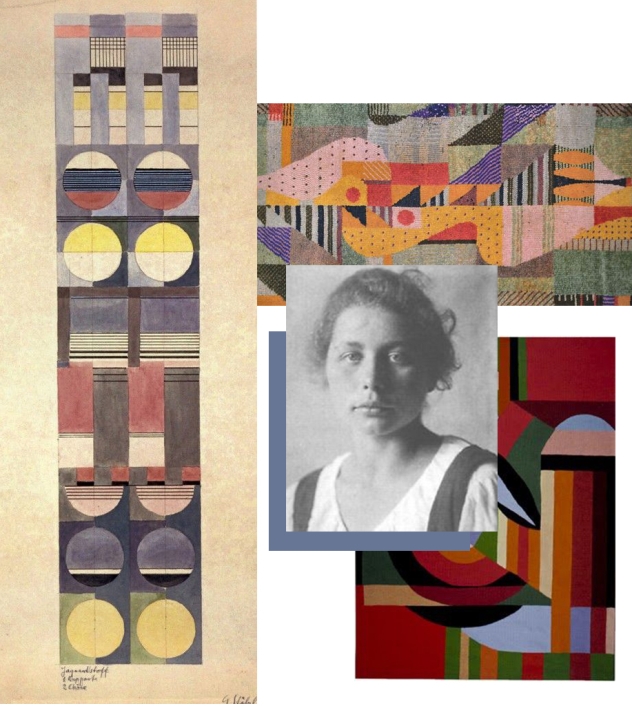 Elements of her work influenced the design of our Abstract collection; overlapping shapes, clashing colours and interlocking geometrics. 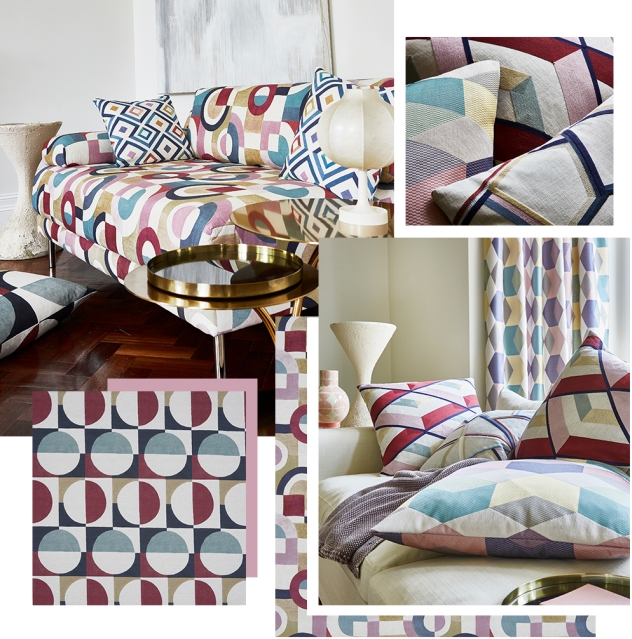 Walter Gropius emigrated to America and continued to teach at the Harvard School of Design. During this time, he collaborated with Bauhaus student, Marcel Breuer on the Alan I W Frank House and other architectural projects. 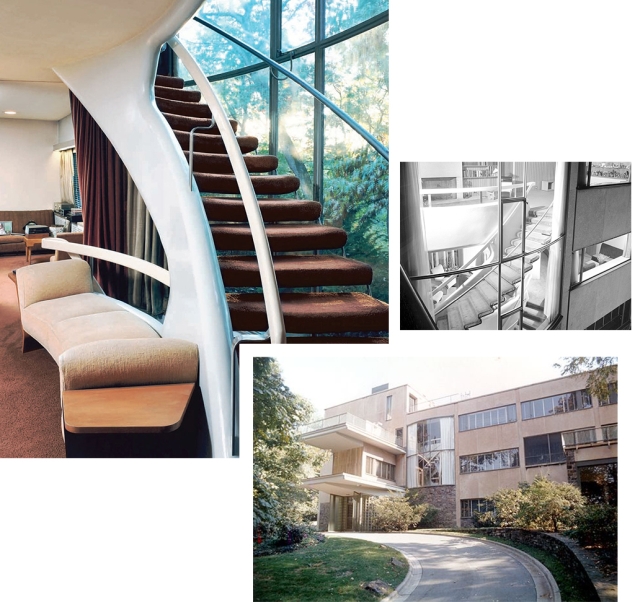 Max Bill, a former Bauhaus student, opened The Ulm School of Design in 1953 where students explored design beyond Bauhaus.

A poster designed by Margarete Kogler in one of school’s workshops showcases the evolution of Bauhaus. Her design kept the movement’s iconic abstract shapes, in a contemporary, bright colour palette. 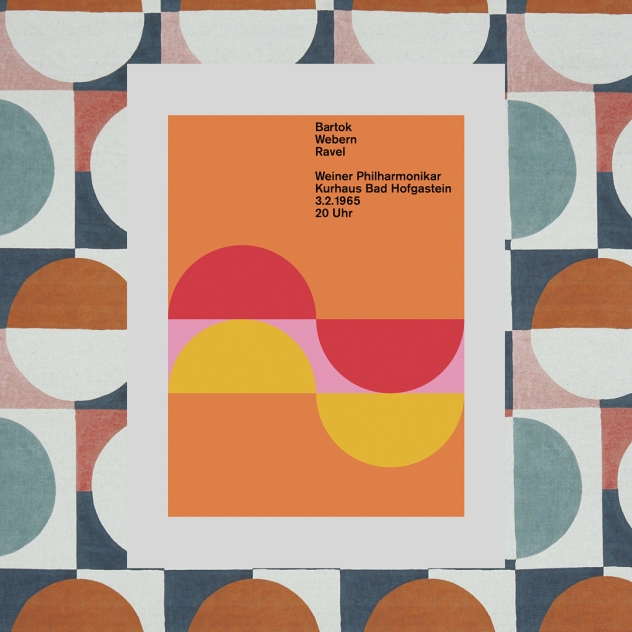 The 1960s celebrated the 50th Anniversary of Bauhaus. The Royal Academy of Arts opened a ‘50 Years of Bauhaus’ exhibition, sparking the revival that followed into the 1970s.

In 1965, French fashion designer Yves Saint Laurent brought the Bauhaus revival to the catwalk with his Mondrian Collection. The designs had an angular, boxy shape that featured block prints in bold primary colours. 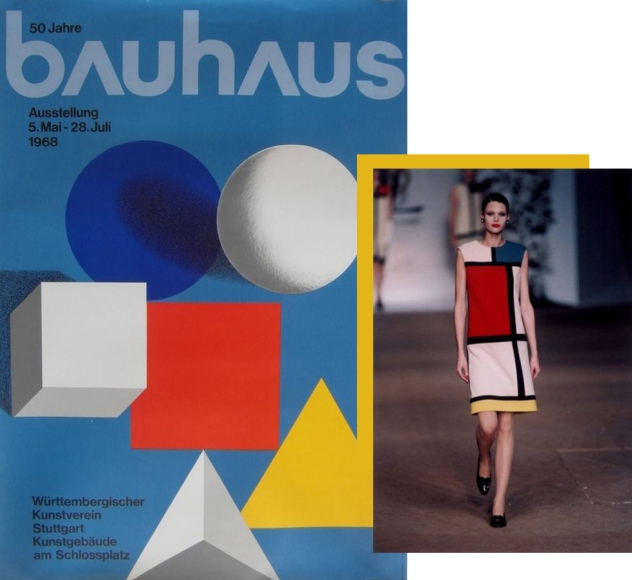 Bauhaus fed itself into the culture of the 70s. The movement expanded from fashion and into interiors, with block colours, linear furniture and geometric patterns moving into living spaces. The British band Bauhaus also surfaced in the late 70s, naming themselves after the famous design school. 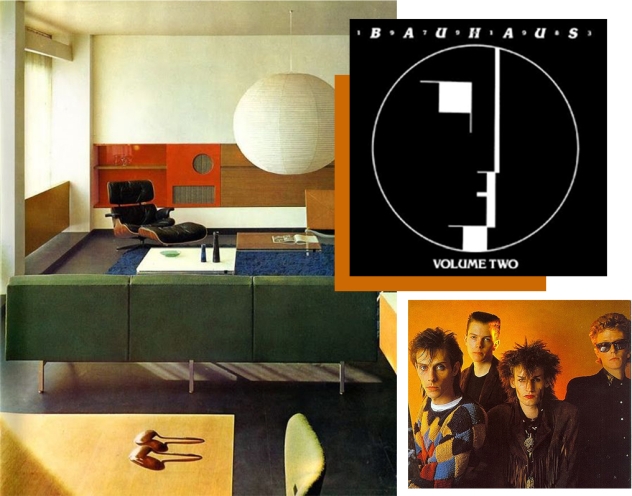 The iconic tubular steel chairs from former Bauhaus teacher, Marcel Breuer, became popular in the 80s. The distinctive furniture became one of the main features of Post-Modern interiors. The recognisable furniture is still used today, upholstered in bold, chenille fabrics, like those from our Twilight collection. 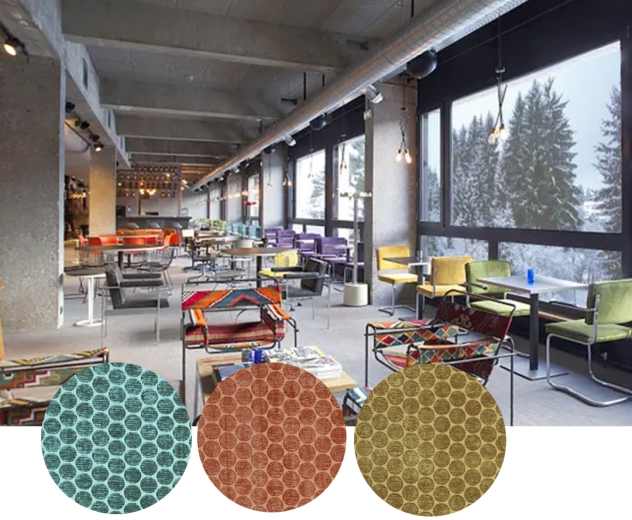 The Bauhaus Dessau Foundation was established in 1994 in the original Dessau building, committed to passing on the legacy of Bauhaus for years to come.

Fashion and interiors celebrate a century of Bauhaus and the design movement is revived on the catwalk. 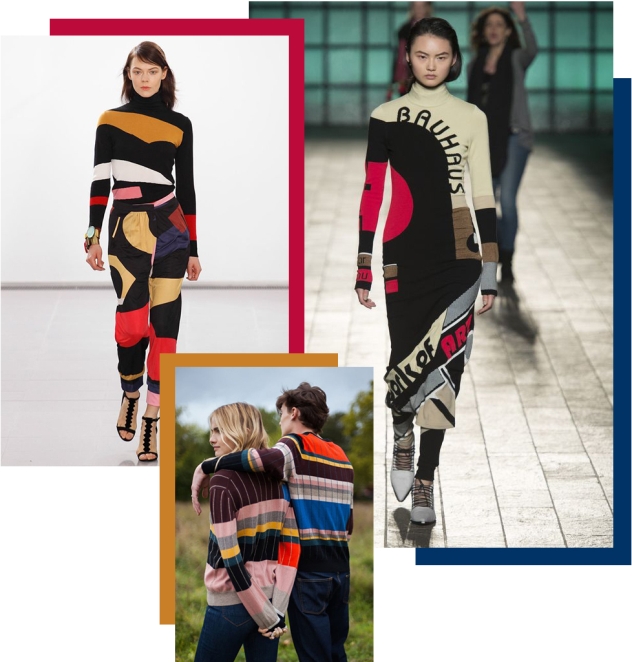 To mark the anniversary, Prestigious Textiles launch Abstract, a collection that recreates Bauhaus through distinctive block-printed motifs and an array of prints, embroideries and jacquards. 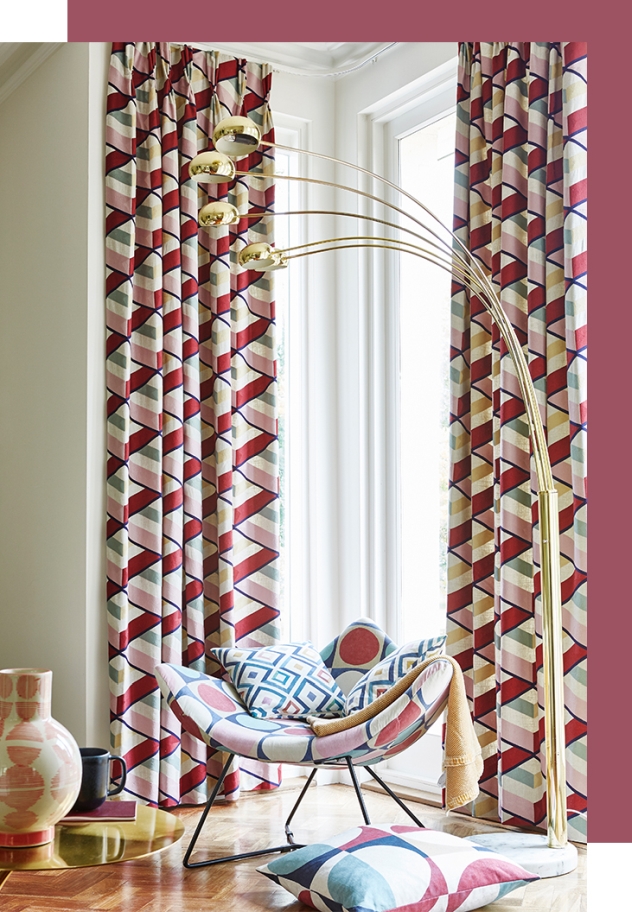